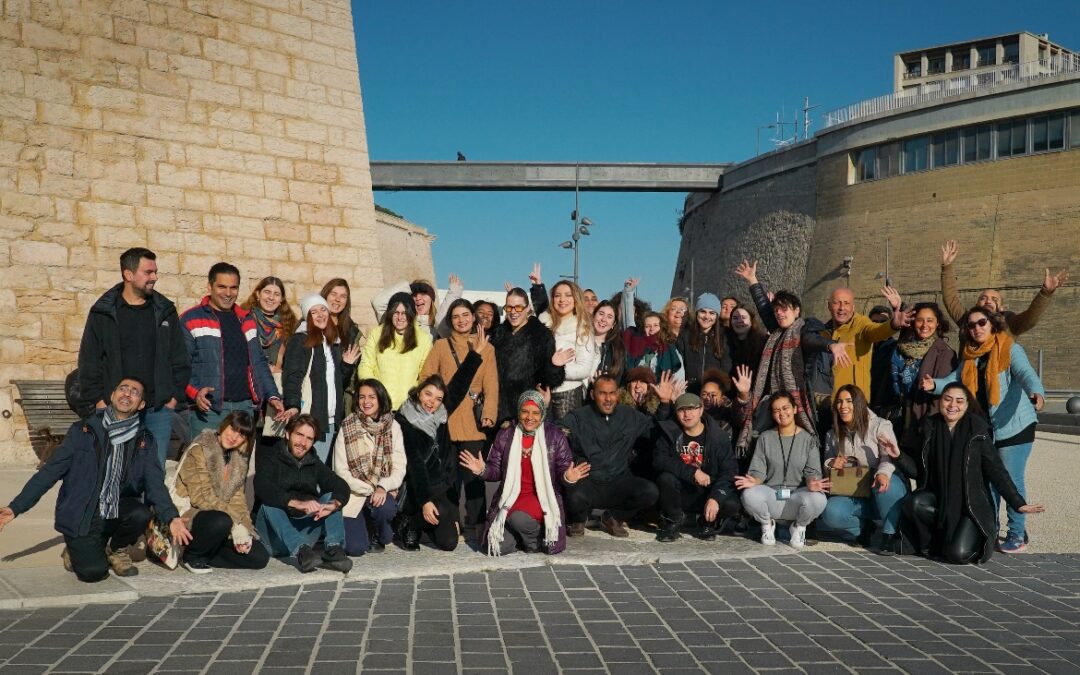 “My first two months in Marseille were awesome! The moment I arrived in the city I felt like it was an interesting city to live in. The streets are crowded with young people, especially near the neighbourhood called Cours Julien, and it reminded me of Napoli (Italy). In fact, a lot of people define Marseille as the Napoli of France.

Marseille appears to be a much friendlier city to walk rather than to use public transport. Everything is maximum thirty-minutes walking. Despite this, the city has two Metro lines and a dozen bus or tram lines to get wherever you want.

Knowing French appears to be a MUST in Marseille. I am currently studying French through a learning app called Babbel and through some free courses that a partner-association of my hosting organisation provides.

I arrived in France without even knowing how to pronounce “bonjour” and currently, after two months and a half living here, I am feeling motivated in how I am improving my level and beginning to communicate myself in a more assertive way.

I have been walking around many neighbourhoods in order to get to know the city and I could say that Le Panier is the most scenic and colourful point of the city. It is within the historical district of the city and offers a lot of street art, vintage stores and cool cafes or bars to have a drink. I am a complete fan of Le Panier.

In addition, I am really looking forward to the summer to arrive because Marseille appears to have great spots in the sea. I have been walking around the coast and Plage des Catalans and now I understand why they call it Cote d’Azur. The colour of the water is absolutely beautiful!

The weather in Marseille is really friendly. The temperature during November and December was around 15° C and the sun was always shining.

The day that I went to Basilique Notre Dame de La Gard I could enjoy the best panoramic view of the city and was really surprised by the building and structure of the Basilique.

Also, I visited the Musee des Beaux Arts and the Museum of Natural History which have permanent expositions that are completely free. The expositions were great, and both museums are inside a historical palace called Palais Longchamps which is also outstanding!

After these two months of being here in Marseille, I am looking forward to travelling a bit more and getting to know Nice and Montpellier, which are two towns really near Marseille and can get there only by paying 6 euros for a bus.

Fortunately, I have been meeting a lot of people and making new friends because of the events that my hosting organisation organises in Marseille. Most of the people that I met in these events are also young volunteers or interns from around the world.“